Why Is A Bank Involved in Detecting Human Trafficking? 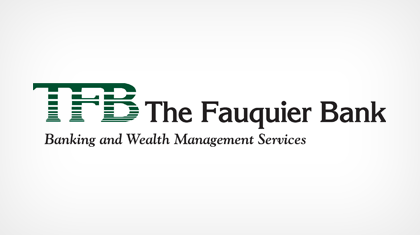 This blog post has been written in collaboration with The Fauquier Bank.

It doesn’t always seem like a bank should be involved in detecting and reporting on non-financial crimes against their customers.  Crimes against the customer’s debit cards, sure!  An attempt to forge a check against their account?  Absolutely.  But would a bank be looking out for burglary?  Well, in a way, yes.  If we were to see someone walk into a branch to put piles of coins through a coin-counting machine, we might be interested.  What if some of those coins were old?  Yes, we have customers that bring in their piles of saved coin, some old coins.  But we know them, and they are not hesitant to talk with a branch associate.  How about evidence of elder abuse?  Banks can sometimes see when a senior citizen’s transactions change and they become vulnerable to being scammed or otherwise victimized.  Human trafficking is really no different.

I am a retired police officer who has now been working for almost fifteen years as the BSA Officer for The Fauquier Bank.  As the BSA (Bank Secrecy Act) Officer, I am responsible for detecting and reporting on money laundering.  I have received extensive training over my two careers relating to human trafficking and recently partnered with Just Ask Prevention to present to other bankers on the topic.  Reporting on money laundering is not something that is optional for a financial institution.  The Bank Secrecy Act was major federal legislation, the failure to follow could be cause for a bank to be shut down and violators to be charged criminally.  With that in mind, for me, this has to be more than just checking a box that says we do what we are required.

Money laundering funds international drug trade.  As horrible as the many murders in Mexico that are related to the drug cartels, it is generally the US appetite for the illegal drugs that fuels the murderous cartels.  The drug dealers need to get the money to their suppliers and the suppliers must get the funds to the producers.  This is all done through money laundering, most of which takes place at US-based banks and credit unions.

Money laundering supports terrorism.  The now largely defeated ISIS frequently sold pilfered antiquities and stolen natural resources to fund their terrorist state and to fund terrorist operations abroad. Those funds had to flow through conventional banks at some point to be used around the world.

Finally, human traffickers make a lot of money off the abuse of their victims.  They want to spend that money freely.  To do so, they must route a major portion of that money through conventional financial institutions.  Even trafficked victims use the banking system.  A bank might see that a fairly young customer has traveled to the area of a major national sporting event.  The expenditures would be limited to an inexpensive hotel, one fast-food meal a day and very few normal travel-related expenditures.  A trafficking victim might also serve as the funnel for the trafficker’s funds.  The money would flow into the account from a variety of sources, quite a bit of it cash, and then go out to a single beneficiary.  Very little is spent on normal, daily expenditures.  Maybe the victim is maintaining several disposable (burner) phones.  There might also be quite a few payments to online advertisers.  The transactions in the account can point to a possible victim of human trafficking.

I will be the first to acknowledge that doing more than just investigating possible victimization can be quite uncomfortable.  You could be wrong and upset or embarrass what you thought might be a victim.  I learned a long time ago that it is better to make the report and be wrong than fail to make the report and be wrong.  Imagine what you risk for the victim if you fail to make a report, and you are wrong.  Financial institutions have a responsibility to be more than just a place to sell a product, house funds, and conduct transfers.  This isn’t about satisfying a government regulator, it is about doing the right thing.  Lives depend on us doing the right thing.