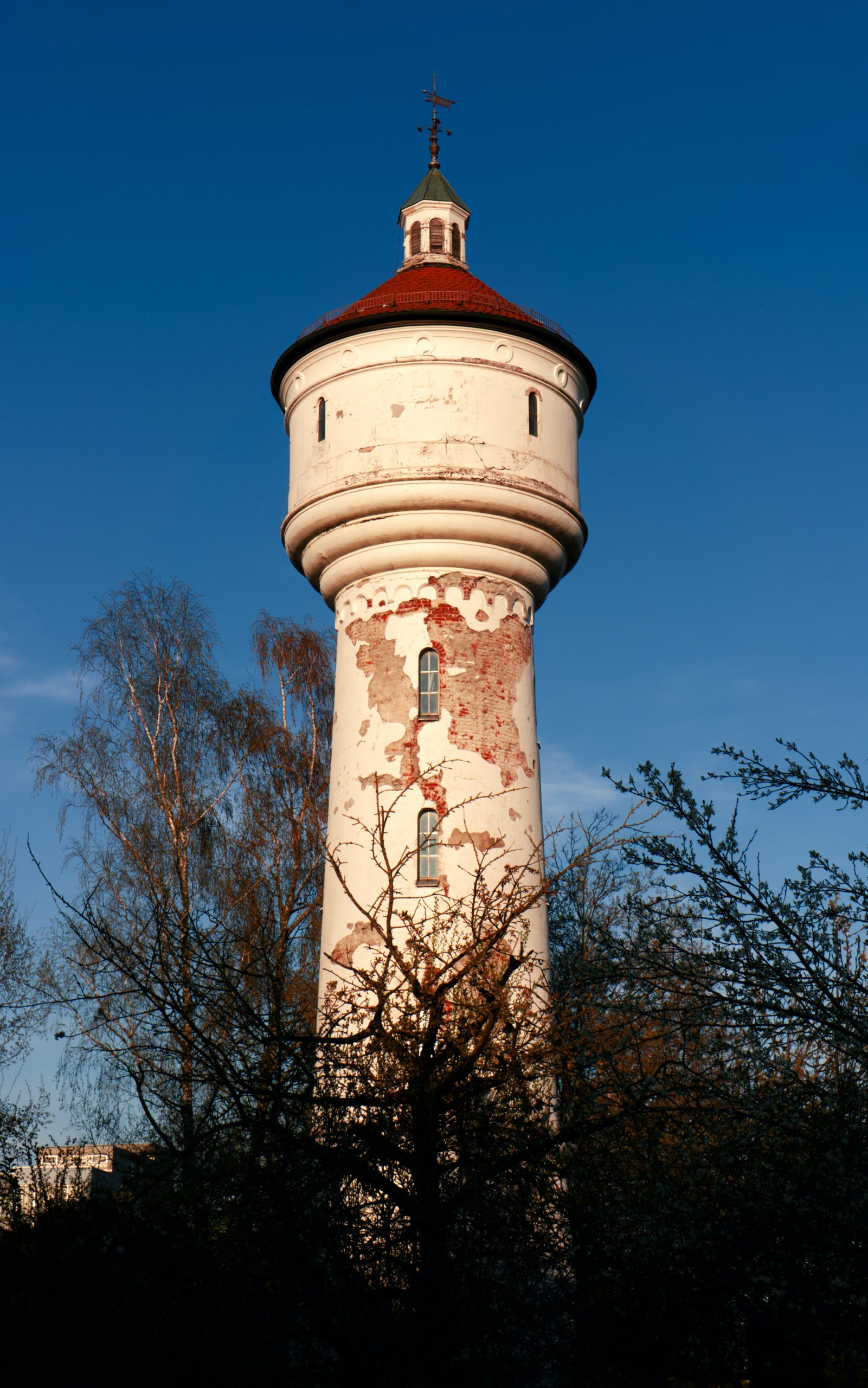 Boiled down to the basics, human trafficking takes two forms: sex trafficking and labor trafficking. In both cases, victims are stripped of their basic human rights, freedoms, and dignity. But in the former situation, they are subjected to exploitation of a sexual nature regardless of whether it involves direct contact with buyers, such as forced prostitution, or indirect means, such as pornography involving a person “performing” for the camera against their will.

The latter form of human trafficking—labor trafficking—involves compelling victims to provide any sort of labor in which they are provided inadequate to no compensation for the services that they perform. To be clear, some victims experience both forms of trafficking, such as those who work in bars, strip clubs, and cantinas, or in illicit massage, health, and beauty industries where the work they do is sexual in nature. Either way, labor trafficking can be just as traumatizing for victims even though their situations may appear very different. And, as with sex trafficking, there is a lot of confusion around labor trafficking, including how someone ends up in such a situation, how they can be identified as a victim of labor trafficking, and the importance of careful observers responding to such situations by reporting their suspicion to 9-1-1 or the National Human Trafficking Resource Center at 1-888-3737-888 or online at www.traffickingresourcecenter.org.

Let’s break down the basics of labor trafficking by studying the facts and fiction surrounding arguably one of the most well-known (albeit fictitious) victims of labor trafficking: the long-locked, golden-haired Rapunzel—long locked away in a tower by the evil sorceress, Gothel. For the purpose of this case study, we will be using Walt Disney Animation Studios’ interpretation as told in the 2010 computer-animated movie Tangled.

** Spoiler Alert: If you have not yet watched Disney’s Tangled, this case study will spoil some of the movie for you. If this is not a concern, read on and learn about labor trafficking! And even if you are only vaguely familiar with the Brothers Grimm fairy tale of Rapunzel, you can still appreciate this analysis. **

Sometimes the materials traffickers withhold are personal documents of the victim’s, such as their passport, birth certificate, or other essential personal identification document. This prevents victims from feeling free to leave their situation and seek employment elsewhere, especially if they are working under the table and fear repercussions from immigration agencies, law enforcement, or even their trafficker who may threaten to report them if they do not do as the trafficker says.

In other instances, traffickers withhold compensation that they falsely promise to their victims; they instruct the victims that they must a provide a certain degree of labor until they receive their compensation, oftentimes being told that they must first “work off” the cost of room and board, or a loan, that the traffickers claim they owe—in this case, the victims can never get ahead and will work themselves to the ground to try to work off the debt they are told they owe in order to receive the compensation they have been falsely promised.

Some victims do not even realize that the situation they’ve found themselves in is a form of trafficking.

Labor traffickers are often after victims with hair that heals, glows, and serves as a handy alternative to an elevator: MYTH

Obviously, Rapunzel’s trafficking situation was unique—magical hair is hard to come by unless you’re a fairy tale princess (or a witch), so us mortals don’t have to fear being subjected to grow our hair out and sing a ditty for the health benefits of a trafficker. And while the manual labor that Rapunzel conducted day in and day out by raising and lowering Mother Gothel from their tower-house with her long, golden hair is quite a stretch from reality, the subservience of Rapunzel to provide manual labor at Gothel’s every whim is not that far off from reality. Victims commonly provide manual labor involving:

OK, so most babies are not typically labor material…still, real victims of labor trafficking can be astoundingly young. You may have witnessed actual examples of this on occasion, particularly if you are well-traveled: too many towns and cities around the world abound with tiny children providing any number of services, in factories, farms, and especially on the streets—begging for money, pushing you to purchase little souvenirs, or offering services such as shining your shoes or wiping your car windows. Whether being forced by family to carry out such work, or at the hands of a trafficker bearing no blood relation, these children are seen by their exploiters as little more than a source of income. So, while Rapunzel’s victimization as a baby is a bit of a stretch, many real victims have endured years of labor trafficking along with Rapunzel when we are introduced to her through in the film at the ripe age of 18.

Most labor trafficking victims are often kept in isolation: FACT

By hiding Rapunzel away in a remote tower, Gothel greatly increased her ability to exploit Rapunzel for as long as she did—keeping Rapunzel isolated prevented her interaction with others and therefore limited the chances of her seeking help and getting the attention of others. This is very common in true labor trafficking scenarios. Oftentimes, victims’ activities are restricted and they are carefully watched. That said, it may come as a surprise that some victims of labor trafficking are hidden in plain sight. For example, in the cases of domestic servitude, victims are typically permitted to leave the premises of their trafficker to run errands among the public eye.

Rare are the instances that trafficking victims are subjected to chains and other restraints that some Hollywood movies make labor trafficking out to be. While victims are physically free to move, however, the psychological power of their labor trafficker is too strong: whether believing they owe a debt to their employer, or fearing repercussions from their trafficker or law enforcement, the ties to their current situation is often too strong to leave. Such was the hold that Gothel had on Rapunzel—much more powerful than shielding her from the public eye. After all, the deal that Rapunzel struck with the stranger who climbed in through her tower window included the requirement to return her “home” safely. It is evident from the inception of her escape plan that Rapunzel fully intended to return to her trafficking situation of her own accord. She only felt comfortable leaving the confines of her tower when she knew she was not being watched by her “mother,” and was under the impression that she had three days before Mother Gothel would return from her foraging trip and expect to find Rapunzel there.

Most victims suffer from gaslighting and/or Stockholm Syndrome from their labor trafficker: FACT

Of all the characteristics of Rapunzel’s labor trafficking situation, by far the most prominent and accurate representation to true-life cases are the twisted psychological experiences that this unknowing princess undergoes as a victim of her trafficker. Mother Gothel imposes extensive gaslighting on Rapunzel, a term used to describe a form of psychological manipulation that causes someone to question their own reality, oftentimes by presenting a false narrative which leads someone to doubt their perceptions and become misled or disoriented.

Those of you who have observed Rapunzel’s case study for yourself will recall the extensive false narrative that Gothel shapes to manipulate Rapunzel in this manner, as captured in Gothel’s song Mother Knows Best. When Rapunzel asks the simple question of why she can’t go outside, her “mother” provides an extensive list of reasons—all pointing to the claim that Rapunzel won’t survive on her own; staying in Gothel’s care, on the other hand, means protection from the cruel world of people out there who would want Rapunzel’s magical hair for themselves: “The outside world is a dangerous place filled with horrible, selfish people. You must stay here where you’re safe. Do you understand, flower?”

The other form of psychological manipulation that Rapunzel experiences is traumatic bonding, or “Stockholm Syndrome.” This is a common occurrence for trafficking victims, in which the victim undergoes cognitive distortions and develops positive feelings for their trafficker as a coping method. Victims can develop a trauma bond with their trafficker even if they know they are not truly related, unlike Rapunzel’s case, in which she believes herself to be Gothel’s daughter. But Mother Gothel capitalizes on this belief and encourages it, throwing around motherly sayings like “I love you very much, dear,” and making it extremely easy for her to distort Rapunzel into wanting to constantly please her mother, be the obedient daughter she always falls short of being, and very rarely question her authority.

We witness multiple instances of Rapunzel grappling with her Stockholm Syndrome throughout her experience, including the conflicting emotions she vocalizes after first escaping, and even after she discovers how smart and strong she can be from her and Flynn’s misadventures. When he asks gently if she’s still going to go back to her tower, she affirmatively states “no,” followed by a questionable “yes,” and ultimately buries her face into her hands, explaining to her confidante that “it’s complicated.”

Gothel further piles it on when she stages a premeditated kidnapping of Rapunzel in coordination with the family outlaw duo, the Stabbington Brothers, who are after the kingdom’s tiara which Gothel reveals to be in Rapunzel and Flynn’s possession. At the height of the scheme, one of the brothers asks the other, point blank in front of Rapunzel, “How much do you think someone would pay to stay young and healthy forever?” With this cherry on top that drives Gothel’s point home, she conveniently comes to Rapunzel’s rescue, helping her “escape” from the bad guys and the rest of the cruel world out there. Gaslighting and trauma bonding are both frequent factors that deter a victim of labor trafficking (and sex trafficking) from feeling free to walk away from their situation, and—if they do find the mental means and method to escape—oftentimes causes them to return rather than escaping permanently.

Helping a victim of labor trafficking will kill you: MYTH

In true Disney fashion, the storytellers overdid themselves in portraying the dire straits resulting from rescuing a suspected victim of labor trafficking. At the same time, they did well to demonstrate what not to do: unless you are a law enforcement professional, please do not attempt to rescue a victim yourself. Instead, carefully take note of the signs you observe that lead you to believe someone is being labor trafficked and report your suspicion to 9-1-1 or the National Human Trafficking Resource Center at 1-888-3737-888 or online at www.traffickingresourcecenter.org. These experts have the knowledge and resources to keep you and potential victims you notice safe.

Due to the complications outlined throughout this case study that tie victims to their traffickers, your careful observation of red flags could be the only life line they have. Please voice your suspicions if ever in doubt—your report can be the key to cutting their ties to their trafficker and leading to their rescue and recovery.

Tell us what you think!

Have you reviewed Rapunzel’s case (aka seen Tangled)? What examples of gaslighting can you draw? What other labor trafficking themes did you observe that weren’t raised in this case study? Scroll down to the “Leave a Reply” section to drop your thoughts below!