Ridesharing Services are Putting the Brakes on Human Trafficking 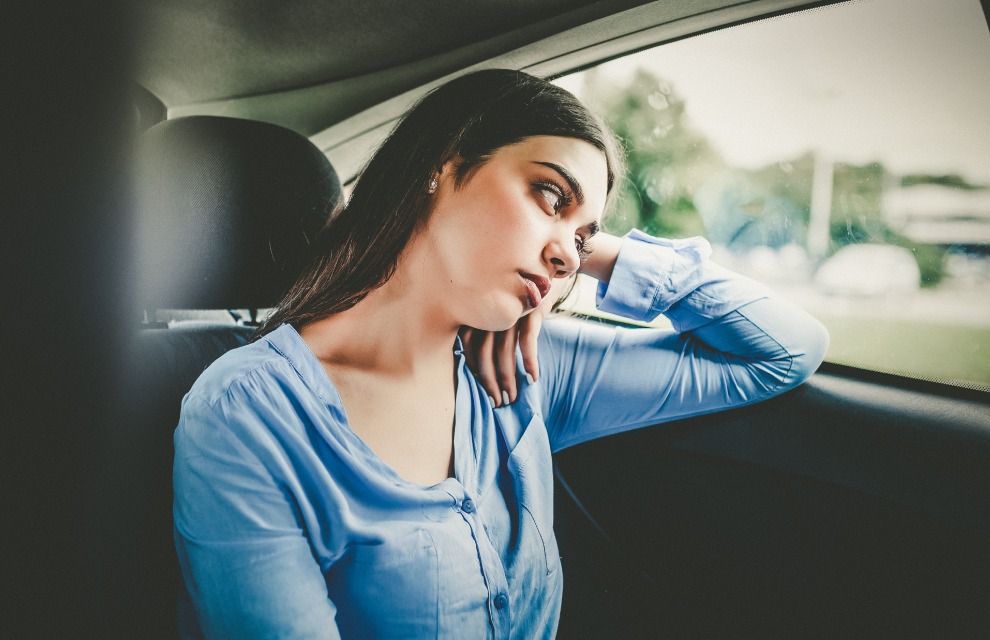 It’s almost midnight. With your Uber beacon lighting up the top of the dashboard corner, you pull up to an unassuming house and two passengers slide into the backseat. They’re dressed up nicely for the night. You confirm their destination and soon turn onto the highway to make your way downtown.

Above the roar of the traffic, you overhear one of the passengers scold the other for fidgeting. “If anyone asks,” you hear them say, “remember that you are 18.” It’s dark but in the rearview mirror, you see the other passenger nod their head. They stay quiet though, docile for the entire ride as if they’re almost embarrassed to be in the car with you as you drive them and their co-passenger to one of the fanciest and sophisticated hotels in the city.

What are you thinking right now? Are you wondering why the passengers in the backseat don’t seem quite as enthusiastic with the thought of heading to this hotel as you would imagine?

Paying Attention to More than Just the Street Signs

If you’re among the millions of people who drive for a ride-hail company like your local taxi cab corporation, Lyft, or Uber, the latter of which reported 3.9 million employees driving in 63 countries at the end of 2018, this could be a potential situation for you. Although trafficking scenarios are rarely obvious, they are all too real. Trafficking can occur at midnight or in the middle of the day. It can happen to men, women, and children alike. It happens in the suburbs and the city, possibly even in your own neighborhood. And it may or may not involve hotels as trafficking hubs.

While rideshare companies are great for many innocent reasons—saving time and money by avoiding parking spots, getting around easily in unfamiliar areas, and for getting home on an occasional night you’ve had too much to drink without a designated driver by your side—human traffickers have realized, and profited from, the benefits of ridesharing, too. This service makes it easier than ever for pimps and other trafficking perpetrators to shuttle their victims illegally from one place to another for the purposes of forced labor or sexual exploitation. Fortunately, rideshare owners and operators have caught on to this trend as well, and are partnering with leading anti-human trafficking organizations. Whether of their own initiative, or as enforced by new laws, rideshare companies are educating their drivers on how to recognize the cues that may indicate a potential human trafficking situation, and how they can safely respond to it.

Uber has a page on its site dedicated to doing its part to fight the war on human trafficking. The website highlights Uber’s trafficking awareness partners, educates its users on tips for identifying human trafficking, including possible signs you might see and hear, and guides its users on how to report an incident. Uber has also educated its employees through training, which has proven to be effective. Drivers throughout the Uber company have taken action to assist victims and curb perpetrators from continuing their human trafficking schemes.

Lyft, too, is doing its part to educate rideshare drivers through human trafficking prevention training, with the help of anti-trafficking organizations. Through online resources, print materials, and in-person training sessions for drivers, Lyft is educating its employees to recognize the signs and confidentially report any suspicions. The company has even taken the fight against human trafficking to the next level: among Lyft’s more than 15 new safety features launched last year, one includes an in-app emergency assistance feature for all Lyft riders and drivers.  Additionally,  the company partnered with the anti-trafficking organization Polaris last year to provide victims of trafficking access to free rides. By contacting Polaris’ National Human Trafficking Hotline, survivors can have the hotline arrange for a complimentary Lyft ride to help the victim safely and securely escape their trafficking situation—a dependable get away from their abuser can be the key for them getting the courage to leave.

Some communities are taking it into their own hands to ensure their rideshare residents are adequately trained to respond to human trafficking incidents. For example, in September 2019 the state of Washington’s King County Council approved legislation that will lead to taxi and rideshare drivers being required to receive human trafficking awareness training as part of the county’s licensing process. The required training includes not only how to identify possible trafficking victims and how to report potential incidents, but how to provide victims with information about support services. With 2,453 taxi and for-hire drivers licensed in King County in 2017, along with 27,842 app-based rideshare drivers holding permits from the county, this up-and-coming training has the potential to develop a significant segment of the community into effective advocates for trafficking survivors in this particular county of Washington alone. Other communities are likely to follow suit.

Curbing the Chance for a Human Trafficking Incident

You pull off the highway and it’s after midnight now, according to the time glaring from your car’s instrument panel. You stop in front of the hotel and your one passenger urges the other out of the back of your car. Without another word, they enter the hotel.

Earlier we asked what you were thinking about this scenario—perhaps a better question is what will you do? We at Just Ask Prevention applaud councils and companies that are embracing the influence rideshare employees have to address human trafficking. As education on identifying this crime increases across the hospitality and tourism industry—such as hotel chains, Airbnb establishments, and airports—so too can awareness among the rideshare community improve the odds that people like you put a stop to these situations. Whether you are a rideshare driver or just a frequenter of one, we encourage you to study the signs, spread the word, and contact the authorities when you feel someone needs help.